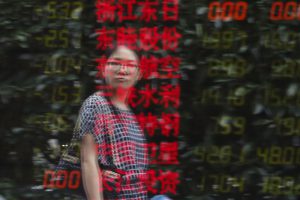 Asian Stocks Up Despite Massive Shrink in Chinese Economy

By Administrator_India Capital Sands Asian stock markets managed to hold onto earlier gains on Friday as China’s economy reported its first contraction since 1992. China reported earlier in the day that its gross domestic product in the first quarter shrank by 6.8% year-on-year.   Chinese industrial production fell 1.1% year-on-year in March, less than the predicted 7.3%, as the country slowly increased its production capacity after months of lockdown to […]